What you know can hurt you in surprising ways, even if you don’t tell a soul.

Days or sometimes weeks you walk around with a sense of discomfort. There’s something wrong and you can’t figure what. You don’t feel at ease with yourself. You even go out jogging an extra time and still can’t get rid of this odd feeling.

Until you approach someone that is willing to listen.. Sharing your story brings you a sense of relief and you immediately notice that your body is relaxing. After a second deep breath the awareness arises: This was it! Here I bumped into some internal short circuit … and you feel at ease again.

Problems (sometimes) become problems because they contain a secret. There’s something that does not correspond between the image we have of ourselves and the outside world. We do our best to keep it out of sight. Secrets can severely disrupt and sabotage our life.

Secrets cause a conflict in the brains. That is something you can think of yourself, but also neuro-scientists have observed, measured and described this phenomenon. They have discovered that the medial frontal cortex, the portion of the brains that makes an important contribution to the regulation of emotions, behave in a very specific way when confronted with severe secrets. Between the two hemispheres we find the so-called “Oops area”. This part of the brain warns us of impending mistakes and influences the way we make our decisions. When something tends to go wrong (emotion!), this part of the brain controls the body by releasing stress hormones.

A life burdened by severe secrets is dominated by fear of discovery. Alertness and suspicion prevail. Feelings of fear and anxiety increase and there is a tendency to typical fight or flight reactions. Chronic stress in the brain leads to a disturbed hormone balance, with all its consequences …

Fortunately not all secrets are a threat to our health. But the redeeming experience we all know: once your secret is disclosed, a moment of reconciliation arises. The rejected,  convicted and imprisoned parts of yourself that have been banned, are guided along the guards of shame. Turning against the prevailing ideals and self-images to make them themselves known. All that I do, think and feel is to be accepted: welcome back to reality!

If you recognize what may be the effect of a secret, then you might take the opportunity to have a closer look at any meaningful secret you may still carry around with you. Would you dare to share it? With whom?  Just writing down the pros and cons of sharing is said to have a surprisingly liberating effect.

As an experiment, you can even entrust your secrets anonymously on the keyboard at www.mysecretpost.com who knows, you can add some health-giving steps to your life and gain back some essential power! 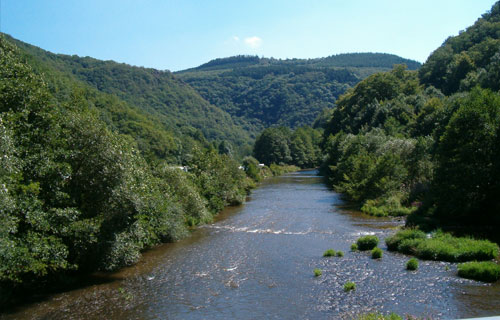